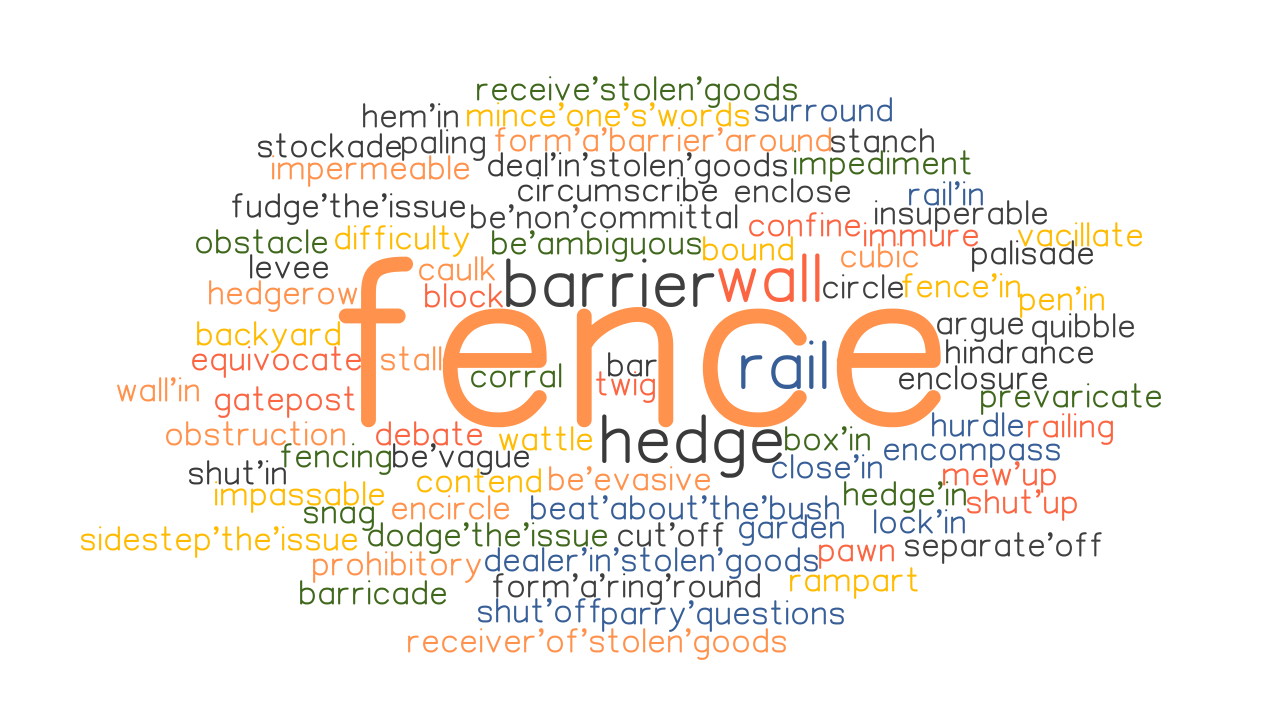 Need another word that means the same as “fence”? Find 59 synonyms and 30 related words for “fence” in this overview.

The synonyms of “Fence” are: fencing, barrier, paling, railing, rail, bar, hurdle, enclosure, receiver of stolen goods, dealer in stolen goods, argue, contend, debate, fence in, palisade, surround, wall, enclose, circumscribe, encircle, circle, encompass, bound, form a barrier around, form a ring round, confine, pen in, rail in, box in, wall in, hedge in, hem in, close in, shut in, shut up, mew up, immure, lock in, shut off, separate off, cut off, receive stolen goods, deal in stolen goods, be evasive, be vague, be ambiguous, be non-committal, equivocate, prevaricate, stall, vacillate, quibble, hedge, beat about the bush, dodge the issue, sidestep the issue, parry questions, fudge the issue, mince one's words

Fence as a Noun

Definitions of "Fence" as a noun

According to the Oxford Dictionary of English, “fence” as a noun can have the following definitions:

Fence as a Verb

Definitions of "Fence" as a verb

According to the Oxford Dictionary of English, “fence” as a verb can have the following definitions:

Usage Examples of "Fence" as a verb